Many American car owners are holding onto their cars for much longer (11.4 years on average). While it may look like proof of the modern car’s resiliency, it poses an even bigger strain on the logistics. Just hear it from Automotive News writer Richard Truett when he tried looking for OEM parts for his 1995 Ford Taurus SHO:

“Oil leaks from numerous orifices, constantly glowing check engine and antilock brake lights, a coolant leak and a dead battery all made themselves known the first week I had the SHO.

So I set out to fix its numerous problems. But here’s what I learned the hard way: Finding factory original repair parts and high-quality service for an older car is challenging.”

A 1995 model in a 2013 world is an impressive feat in itself. Without parts, however, it may as well be better sitting in the junkyard.

It’s hard to tell how long production of parts for a certain model lasts. By law, carmakers in the U.S. are required to provide a steady supply of parts for as long as the warranty lasts. After the warranty, the length of production depends on factors like the number of units sold. Long story short: the more of a model is on the road, the longer OEM support will last. 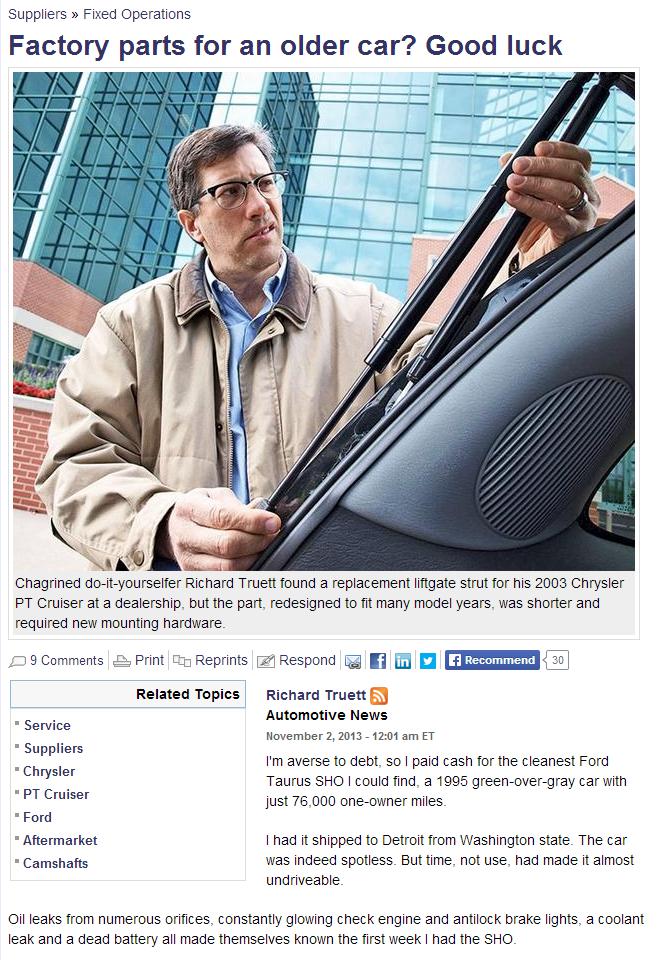 Statistics regarding the number of cars on the road by brand are all but inexistent, but it’s safe to say that the big players in the car industry are determined by volume. Latest U.S. car sales data say that Toyota remains the biggest foreign car brand in the country, selling more than 159,000 units. As of 2012, Toyota built and imported more than 2.4 million units to North America.

There will come a time when the Corolla that you’ve owned for years will lose logistical support from the manufacturer. It’s at these situations old car owners turn to the aftermarket for quality salvage auto parts. Dealers like AA Auto Parts are known to have inventory of different car parts for models as early as 1950.

So far, old Corollas are still getting OEM support from Toyota itself; less likely for very old ones. An owner’s worries about a car being “orphaned” is very common. It’s for that reason that the salvage car parts industry exists. Out-of-production means old car owners can get quality salvage car parts for a lower price.